Pasargadae World Heritage Site is one of Iran’s most Iran tourism valuable assets and Cyrus the Great’s eternal tomb. The Pasargad complex is located in northern Fars province and the fertile plains of Murghab. Cyrus the Great built several of these structures as the first capital of the Achaemenid dynasty.

Pasargad complex is historically associated with three prehistoric periods, pre-Achaemenid historical monuments and the Achaemenid period. So join us in this article of Iran Travel Guide Center to get acquainted with the different parts of this historical complex and tell you about the trip to Pasargadae.

Nevertheless, this complex is most notably known for the tomb of Cyrus the Great. The Pasargadae Collection, formerly known as “Mashhad of Solomon’s Mother”, was registered in 2004 as the fifth Iranian work in the UNESCO World Heritage List.

Every tourist interested in Iranian culture and history should visit Pasargadae. Shiraz tours are available to help you see these fascinating, proud, and spectacular buildings of Shiraz.

In the sixth century BC, Cyrus, the first king of the Achaemenid dynasty, built Pasargadae, the empire’s first capital. Pasargadae’s palaces and gardens and Cyrus’s tomb display impressive examples of Iranian culture.

Because the Achaemenid Empire respected and valued various cultures, it was called multicultural. Pasargadae was also an example of multicultural civilization in West Asia.

It is not clear why Pasargadae was built in this place, but it likely was because this region has a beautiful landscape and good weather.

Pasargadae’s location is 130 km north of Shiraz city and irrigated by the Plvar River, dates back to the Middle Paleolithic period. Pasargadae’s site in such a remote plain makes it the best reason to visit it.

As mentioned before, the tomb of Cyrus the Great is the most important highlight of this vast complex, but other parts of this complex are:

The tomb of Cyrus the Great is the most famous and prominent building in Pasargadae. Cyrus, the first and most powerful Achaemenid king for nearly 25 centuries, rests in this tomb. This cube-shaped building, which was initially known as the tomb of Solomon’s mother, is located on six steps and is about 12 meters high.

The tomb of Cyrus is known from all parts of the Murghab plain and is the first thing that attracts everyone’s attention after entering this area.

The tomb of Cyrus is similar to the Gur-e Dokhtar in Bushehr and a grave in the ancient city of Sardis in Turkey.

A Kingdom Garden in Pasargadae

In addition to being one of the oldest Iranian gardens, the Pasargadae Kingdom Garden is also known as the Campus of Cyrus. It has been considered a model for Iranian gardening for centuries. A rocky stream irrigated this garden of trees, flowers, and birds built by Cyrus the Great. Both sides of the park have pavilions for watching and relaxing.

There was a hall inside the palace with eight stone columns, and the floor was paved with two layers. The complete role that remains in Pasargadae is that of the winged man that has been engraved on the northwest gate of this palace and has made it famous. Atop this role was an inscription in three languages, of which there is currently no trace.

This palace, where you can find the only remaining pillar of the Pasargadae complex, is more than 2550 years old.

The General Bar Palace is a place to receive guests from the king’s court and is, in a way, The first Headquarters of the United Nations where high-profile human and human rights ideas were first shared.

The palace initially had eight columns, but now only one 13-meter pillar remains.

A private palace is located about 1.5 km from Cyrus’ tomb, within the Pasargad complex.

How to get to Pasargadae World Heritage Site

If you intend to travel to Pasargadae by car, you should first move from your city to Shiraz and enter the Shiraz-Isfahan road to reach the Saadat Shahr.

After passing 20 km from this city, you will arrive at the village of the mother of Soleimaan through a side road. Approximately 40 kilometers from that village, you will reach Pasargadae.

The best time to visit the Pasargad complex

The best time to visit Pasargad is in the spring when the cool breeze of Shiraz and the natural beauty of Shiraz are in full swing, along with Nowruz celebrations. Shiraz is also known for its May weather. 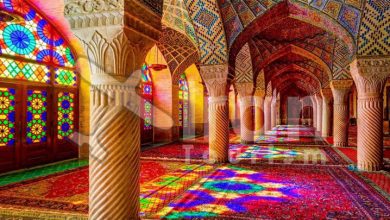 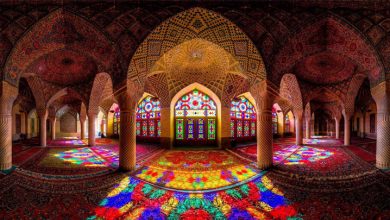