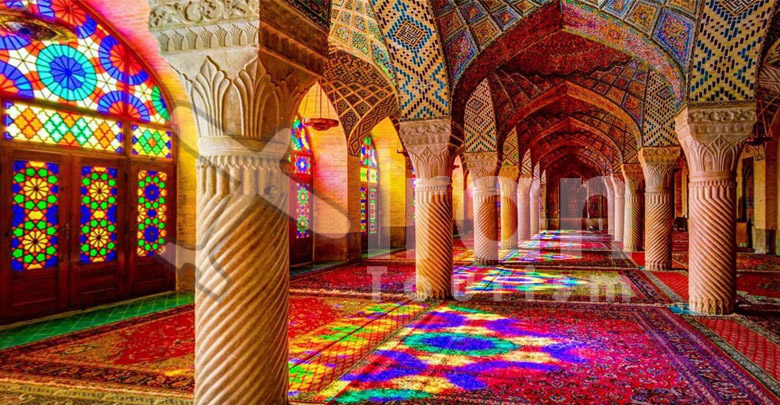 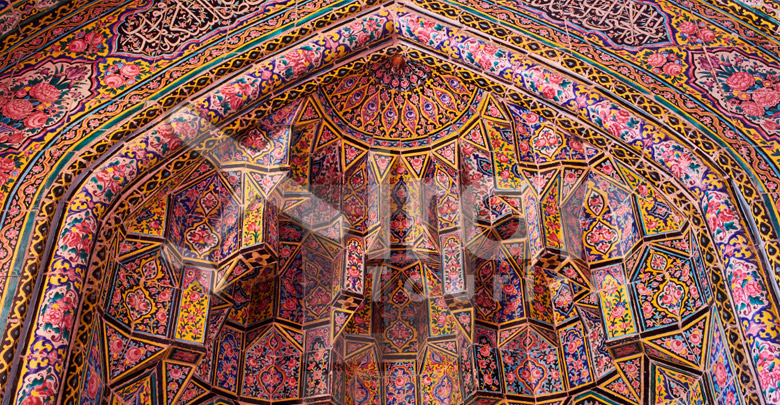 “Nasir-ol-Molk Mosque“, “Pink Mosque”, “Rainbow Masque” are just a few of the names that this mosque is called. It is where colors and worshiping intertwine, to paint a picture of fine art and manifest the inner colorful feelings of a prayer. Although it has been constructed more than 100 years ago, but it has grown more and more popular every year, to the point that it is no longer a religious center, but a full-time tourist attraction!

So, let’s follow Irantourism‘s article as an Iran Travel Guide Center on Pink Mosque to learn more about this spectacular religious place:

Accessibility: If you are planning to get the Metro of Shiraz City, you have to get off at Shahrdari or Valiasr station. Either station you choose, you’ll have a 15 minutes’ walk to get to this masterpiece of Iranian architecture, Rainbow Masque.

There is also the bus option as a public transport means, available from the city center and Namazi bus terminal or you can take a Snapp online taxi from your place to this historical site.

Open days and hours: Saturdays to Thursdays, from 8a.m to 6p.m

A Summary about Nasir-ol-molk Mosque

The Nasir-ol-Molk Mosque was constructed around 100 years ago, a masterpiece to show and preserve Iranian Architecture for the future. Every aspect of it is based on mathematical laws and coincides well with the atmosphere and the region’s natural habitat. The mosaic works on Nasir-ol-Molk Mosque are one of a kind and a reference point for every mosque that was built after it, up to this day.

The stained glasses of Nasir-ol-Molk Mosque were a grand revolution in the design of the mosques back in the day, and even now it is a rarity to have such colorful windows in the mosques.

The Nasir-ol-Molk Mosque is located in the old Shiraz neighborhood, where lots of other historical sights of Shiraz are gathered. Along with that, the design of this neighborhood, the narrow-entangled street with high walls to protect from the harsh sun shine and old houses can give you an idea of how old Iranian cities and Iranian architecture used to be.

The Pink mosque is consisted of two praying rooms and a main yard. The western prayer Hall was usually used during summer and for holding classes.

The eastern Prayer Hall of Nasir-ol-Molk Mosque however, is where the genius lies. The mosaic works are one of a kind. The floor of the mosque is covered with colorful rugs with patterns representing the spring. The columns are carved out of single blocks of stone and are still considered a masterpiece and last but not least, the colorfully stained glasses which were added to the building a couple years after its construction, are the most famous aspect of this building.  Also, the ceiling of this Hall is covered in spectacular mosaics, which makes it hard for you to take your eyes away from it.

More Info on the Pink Mosque

If you are planning to visit the Pink mosque, the best time for it is early in the morning so the sun shines through the glasses and you can have the spectacular view of the interior eastern prayer hall or after the sun set, when the interior lights are turned on, and they shine through the glasses, dressing the colorful mosaics of the Main yard with colorful shades. 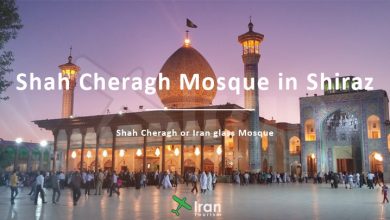 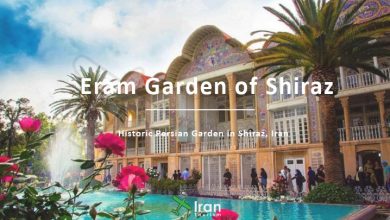 The Eram Garden of Shiraz 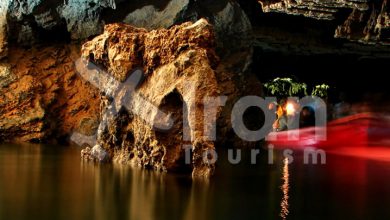 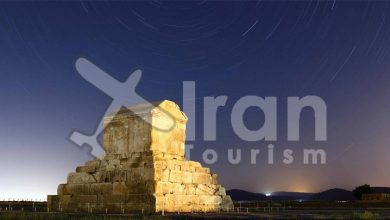 Everything about the Si O Se Pol Bridge